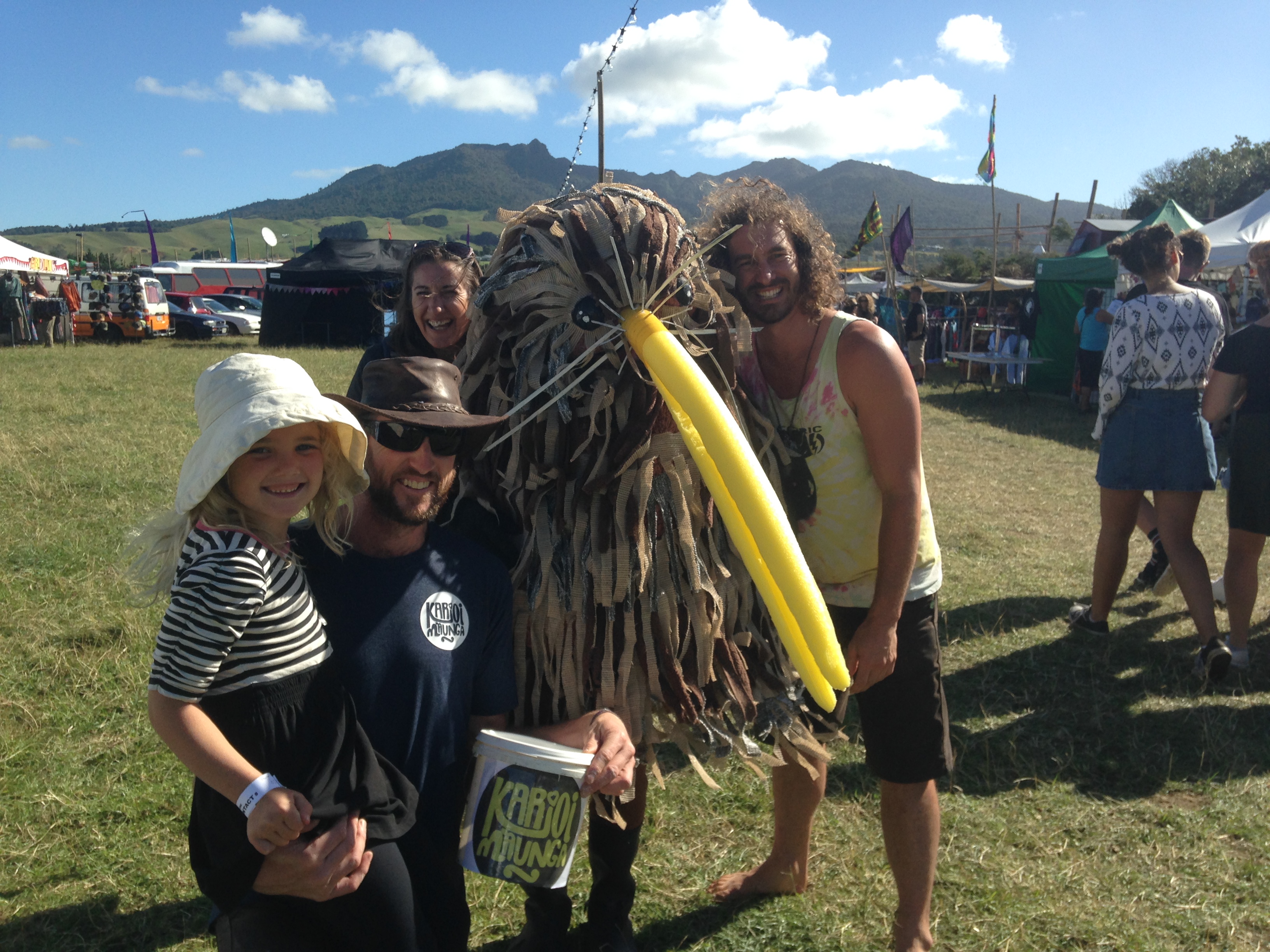 Karioi Kiwi out and about at Soundsplash Festival [Kristel Van Houte].

Soundsplash music festival – the sound of summer, a zero waste / plastic bag free event – for local and overseas artists. A chance for thousands to enjoy the casual vibes of Whāingaroa/Raglan. The festival spreads across Wainui reserve just above Ngarunui Beach, while Mt Karioi – also known as “the sleeping lady” – looks on in the background.

Soundsplash is a proud supporter of the Karioi Maunga ki te Moana project . To highlight the project and local conservation work, enthusiastic volunteers promoted their efforts with a new mascot – “Karioi Kiwi”. Predator traps deployed last year stand only metres from the festival location to protect the forest and sea birds that still reside in Karioi’s coastal forest. Dancing and prancing among festival goers, Karioi Kiwi and a Kiwi Ranger encouraged people to support the project and helped raise awareness of one of the project dreams – to one day have kiwi once again living on Karioi Maunga.

Later in the month A Rocha trustee Dr Richard Storey shared something of the A Rocha story to gatherings at Festival One near Hamilton (Jan 27th-30th). And then, over Waitangi weekend, staff and volunteers from A Rocha attended the Passionfest Peace Festival at Ngatiawa River Monastery – sharing stories with others engaged in community-building work and leading conversations on how reconciling our relationship with the planet is an integral aspect of living lives of peace.