In memory of John Flenley

John at the A Rocha tree nursery at Longburn, Palmerston North.

With deep sadness we share the news that Rev. Dr. John Flenley passed away on 22 June (aged 82 years), peacefully, after a long illness. John was a dear friend and an inspiration to many in A Rocha.

John’s scientific work has been hugely influential, particularly his reconstruction of Easter Island’s ecological history, which laid foundations for understanding how humans caused its ecological collapse.

This academic work gave John a deep understanding of how easily our fragile earth can be despoiled by humans. He shared this powerful message at a Christian ecological conference in 2005 – a conference that acted as a catalyst to the formation of A Rocha Aotearoa New Zealand (ARANZ). 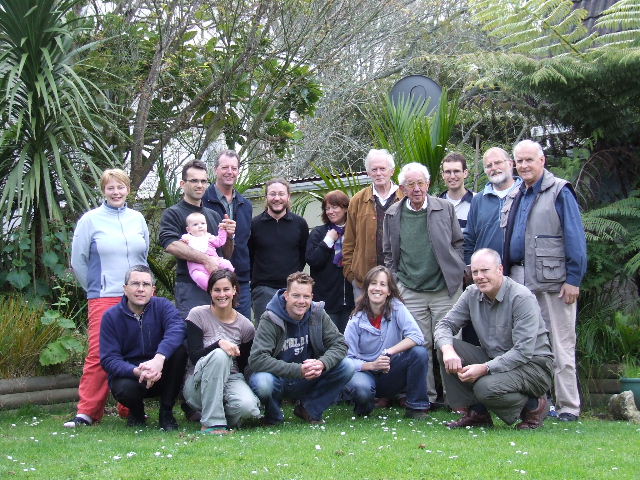 John Flenley (near centre in the brown jacket), a key member of the ARANZ initiative group in 2006

John’s wisdom and scientific understanding was hugely beneficial to the ARANZ initiative group and Board during our formative years while his scientific reputation gave ARANZ credibility.

Perhaps even more than speaking and writing, John’s greatest love was getting his hands in the soil and trees in the ground. He pioneered the formation of a local A Rocha group in the Manawatu – reviving a disused tree nursery and offering the native trees grown each year and the group’s planting services to other environmental groups around Palmerston North.

We will remember John for his gentle good humour, his ability to tell a powerful story, and his tremendous encouragement to all who worked with him. While grieving John’s passing, we share a hope that we will see him again at the restoration of all things.