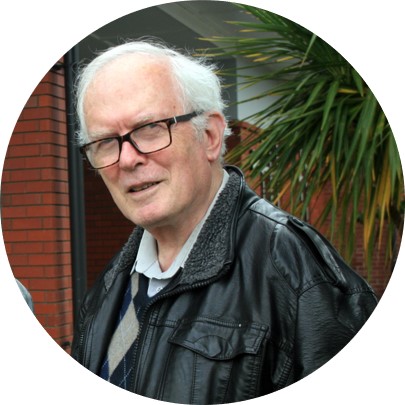 Groups of local school children joined around 80 researchers and scientists, who are all in the Rapa Nui capital of Hanga Roa to attend an international conference on Pacific navigation and migration, to plant more than 400 trees on the slopes of Poike, one of three extinct volcanoes on the island.

Dr Flenley, who died in June 2018, was one of the founding members of A Rocha’s Manawatu local group. He was also well known among the Rapa Nui research community for his ground-breaking research on fossilised pollen. He established that there was a presence of the now-extinct Easter Island palm on the island.

Local conservationist Tahira Edmunds, who works for the Chilean Conservation Authority, Conaf, worked with Dr Flenley on the pollen project, which investigated numerous sites around the island. She says John Flenley would have been very proud of this week’s planting. “He would have said, ‘Good Job!’.”

One of the Rapa Nui school children, 10-year-old Amanda Gonzales says she was excited to be involved with the planting project. “We need plants so we can live,” she says. 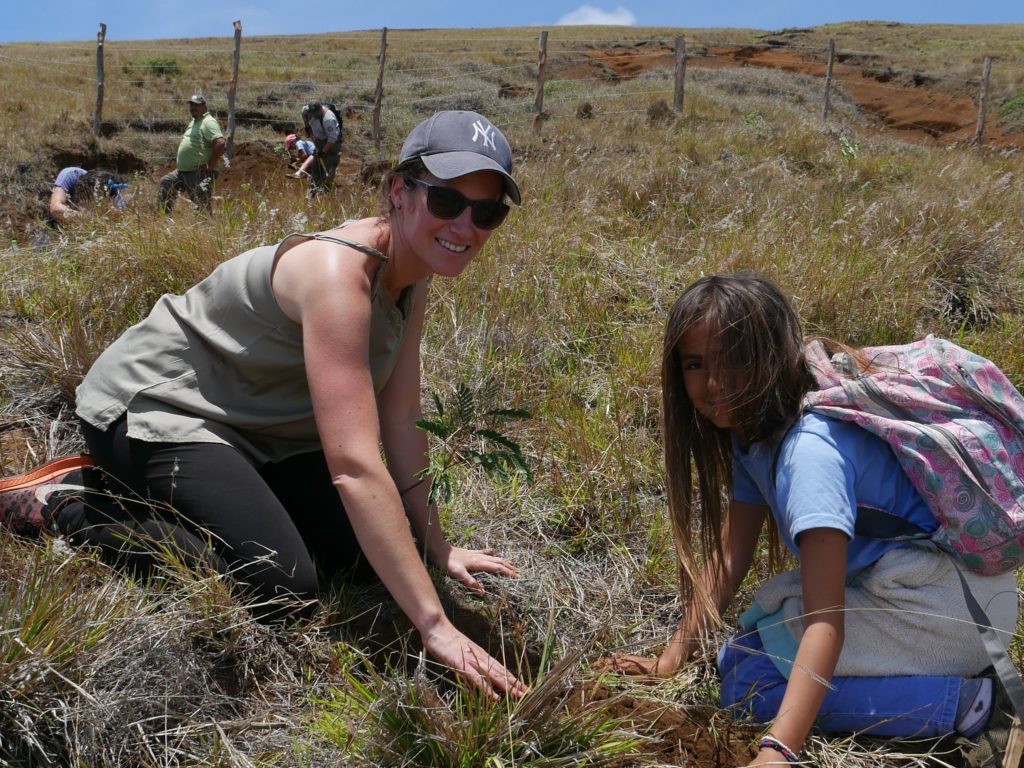 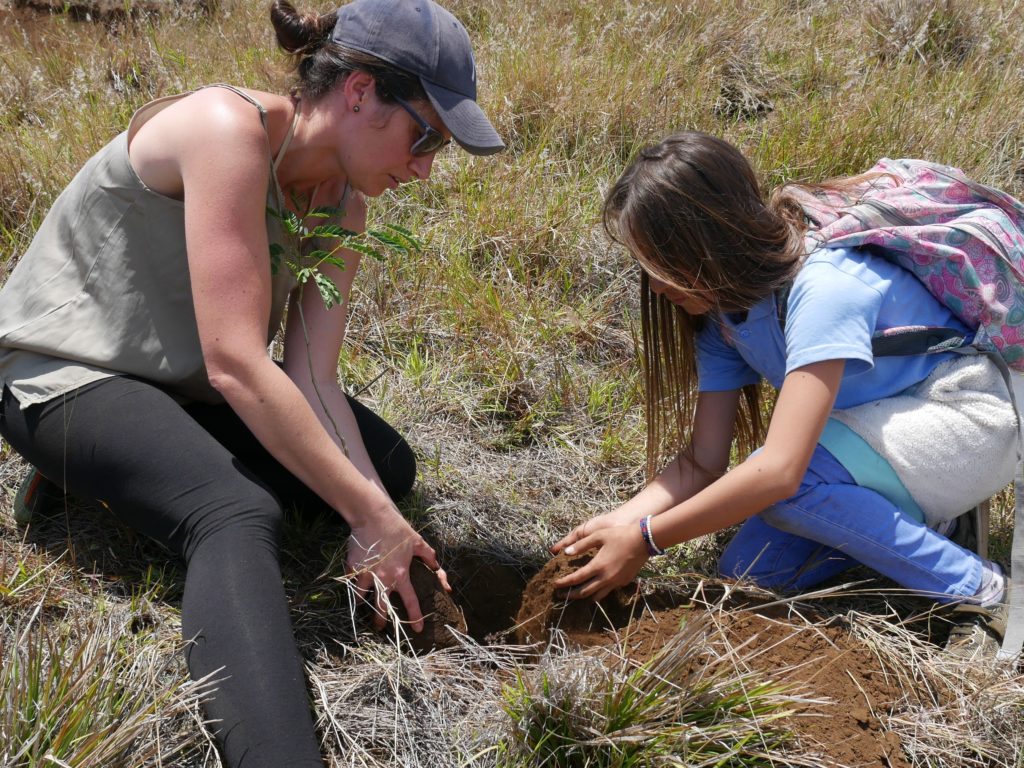 Photos caption: Tahira Edmunds of CONAF, the Chilean conservation authority on Rapa Nui, helps Amanda Gomaz (10) to plant a tree on the slopes of Poike in an effort to stop erosion in the area. [Photos credit: Kim Triegaardt]

Organiser of the Early Pacific Migration and Navigation conference, Sonia Haoa says the celebratory planting was timed to coincide with the conference as it was an opportunity for researchers who worked with Dr Flenley to celebrate his life on the island he loved. “He worked for many years, with many people on this island. We all know how important his research was and this is a way to acknowledge his contribution to Rapa Nui.”

The more than 400 trees, a mix of Albizia Lebeck and Cassuarina Esquisipala were chosen for their drought and wind resistant properties, and have been growing in a nursery on the island for the past two years. Tahira Edmonds says it is hoped the trees that Conaf is planting will make a significant impact on stopping the erosion that is starting to affect the slopes of the Poike volcano.

“We have been planting trees in erosion prone areas since 2008. We now have planting sessions once a month. We always try to involve the school children as much as possible so they learn to understand the environment they live in.”

Kim Triegaardt was a member of the Early Pacific Migration and Navigation International Conference organising committee.