Searching for Lizards on the Kāpiti Coast

Early this summer found A Rocha volunteers on the Kāpiti Coast digging holes on  private property! The holes were the first stage of constructing pit-fall traps as part of the Kotukutuku Ecological Restoration Project. The project has received permission from the Department of Conservation under the Wildlife Act to monitor lizards over the next ten years on the properties of Peter & Diane Kiernan and Terry & Irene Parminter. Old and young assembled to construct the pit-fall traps used for monitoring skinks and to create artificial homes used for monitoring tree geckos.

There are over 99 species of lizard on the islands of Aotearoa but due to their elusive nature and small populations, over half of this number, while known, have not been formally described. 33 species of skinks in NZ are endemic (found nowhere else) while NZ geckos are particularly unusual in that they give birth to live young rather than laying eggs. Unfortunately, as with NZ’s birds, our lizard species are threatened by predation from introduced pests and habitat destruction.

It takes a few months for lizards to lose their fear of the pitfall traps, but later in summer the traps will be baited with tinned pear and then checked daily for eight consecutive days. Any lizards found will be photographed, weighed and then released unharmed.

If you’re interested in knowing more about the Kotukutuku Project or other projects A Rocha is involved in around the Wellington region please contact: [email protected] 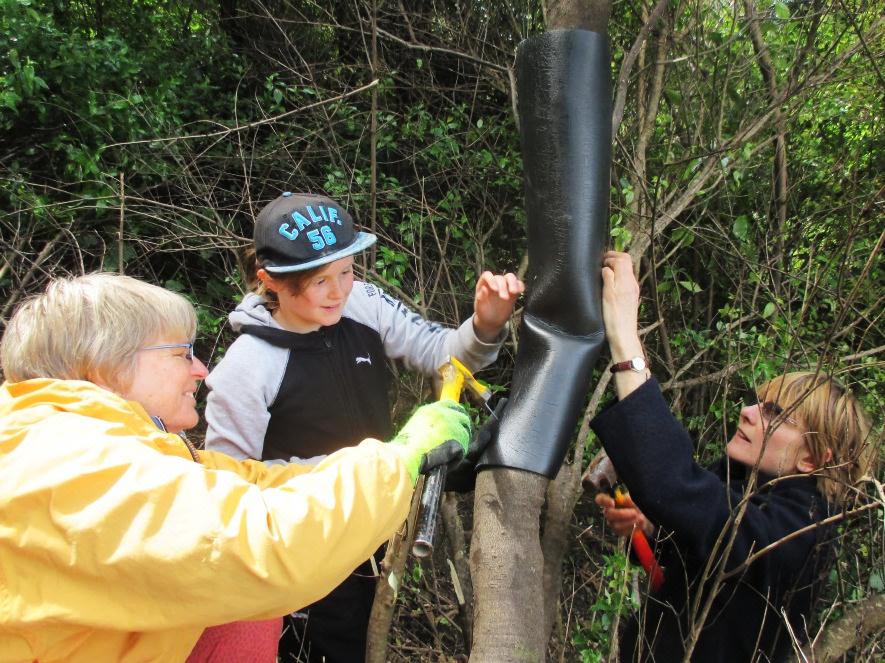