Beyond Blame: Christianity and the Future of Creation

The Beyond Blame: Christianity and the Future of Creation conference was held on 7 October 2017 at St John’s Centre, Wellington, jointly organised by A Rocha Aotearoa NZ, NZ Christians in Science  (NZCIS), and Centre for Theology and Public Issues (CTPI).

Fifty years ago, historian Lynn White laid the blame for the ecological crisis at the feet of “the most anthropocentric religion the world has seen” – Christianity. For decades this accusation has been repeated and reiterated everywhere from university classrooms and research labs to coffee shops and pubs. Half a century later, does this charge still stand? More importantly, how has Christian faith and practice changed in the past half century? Most important of all, what are Christians doing right now about the future of creation?

At the day-long conference we reflected on the White thesis even as we move beyond blame and explore ongoing Christian responses to the ecological crisis of our contemporary world.

Click on the links below provided by Otago University’s CTPI to download the audio recordings of the event. 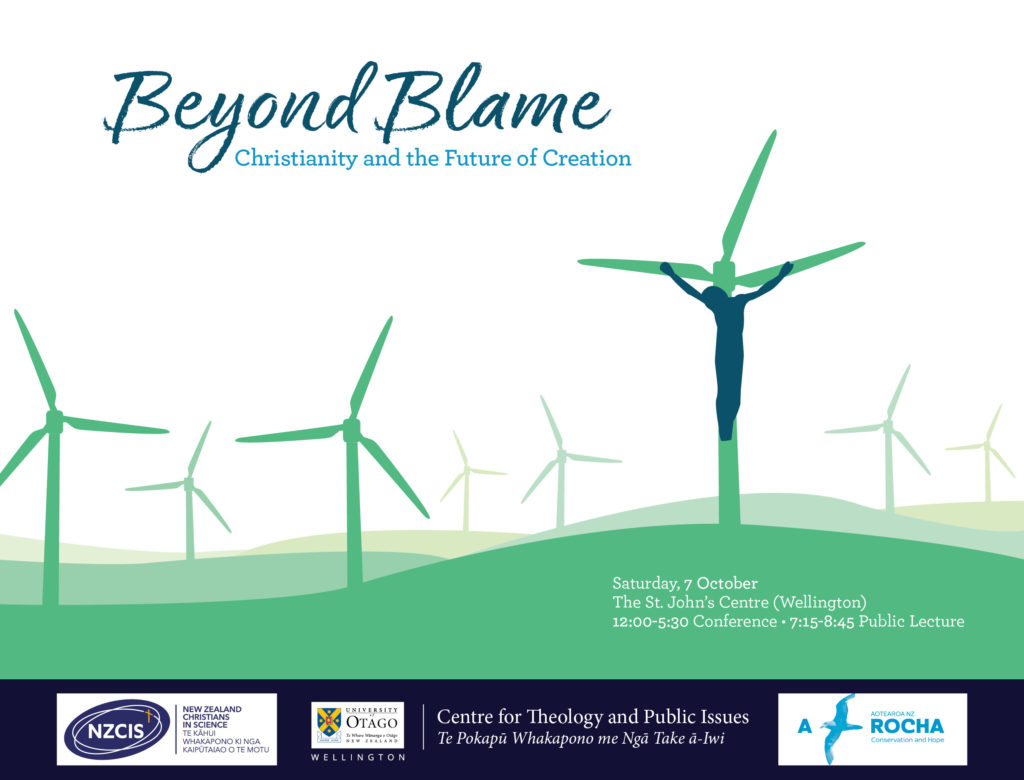